The animal side of Vienna - part 2 the Zoo & the Museum

In the last blog post we, Giulia and Zoe, have already told you about our experiences with the Viennese underwater world. Today we continue with the animal part of Vienna. We were in the Zoo Schönbrunn and then in the Natural History Museum.

As we continue with our tour through the animal part of Vienna, a visit to the Zoo Schönbrunn is an absolute must.

From our apartment we went quite comfortably with the tram 10 to Hietzing, because from this entrance of the park you are the fastest in the zoo.

Since the zoo is really huge, you should take an overview plan with you, so that you can really see everything where you want to go. We started with the pandas. However, it was a very warm summer day and many animals have therefore been in the shade or in their retreats.

In the zoo there is a small trail to the Tyrol garden, which we personally found very nice, as it felt like we were on a real mountain pasture, with horses, cows, goats, sheep and chickens. In addition, the trail went over a few suspension bridges and lookout towers, from which you can look almost over the whole of Vienna. On this alp there are two small cafes, which are very cozy.

After a little refreshment we headed down to the zoo to continue to look at the diversity of wildlife. Such as the rainforest house, monkey house, Krokopark and the polar bear house.

Finally we enjoyed in the Cafe Restaurant Kaiserpavillon an ice cream and apple strudel.

It is worth to plan at least half a day, so you really see everything from the zoo.

After the zoo we took the subway to get to the Natural History Museum. This museum is one of the federal museums, where you have free admission up to 19 years. Ideally, we both are younger than 19 years.

Already at the beginning we were very impressed by the entrance hall. On the walls hung large statues, the walls were decorated with large paintings, the stairs were made of marble and were specially lit and there were paintings in every room.

Then we started and went to the first room, which was about minerals. We were fascinated by the variety and the colorful colors. In the next rooms were also minerals, meteorites and some fossils.

As we moved on, the giant dinosaur skeletons overwhelmed us. Since we had never seen real fossils before, we were particularly impressed, for example, by the skull of a Triceratops. There were also two large full skeletons in the room and a life-sized figure of a dinosaur that could move and make noises.

On the first floor were the mammals, fish, reptiles, insects and many more exhibited. We started with the mammals and worked through the different spaces. After that came the birds, reptiles and amphibians.

Later we came to a room that was set up like an old lecture hall from a university. We sat down on the chairs and looked at what was being projected on the screen. A 3D cinema with insect larvae was supposed to take place at that time, but no one had come, so a staff member had asked us if we would like to come to him and take a closer look. The staff had water with small animals in Petri dishes and told us a lot about the different larvae and said that not everyone has the privilege of getting a private show and that we were the only visitors to see the only living animals in the museum.

Then it went on for us in the last rooms and we have looked at the rest. After about two hours we were ready and took the tram back home to our apartment. 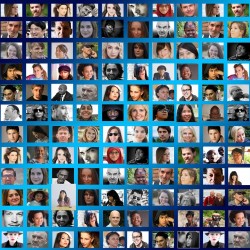 The blog also provides insights, views and inspirations from guest authors who share their enthusiasm and fascination about Vienna with you.