It's all about money - Money Museum of the Oesterreichische Nationalbank

Today the blog is all about money, because today a very special museum presents itself: the Money Museum of the Austrian National Bank. How it came to open its own money museum and what to expect there, that tells you now the team of the money museum.

The Money Museum of the Oesterreichische Nationalbank (OeNB) is a knowledge and cultural business with the aim of informing its visitors on the topics of money, currency and the economy in a timely and multidisciplinary manner according to the OeNB's guiding principles.

We offer tours for "young and old". For our young guests (elementary school children) there are various workshops. The guided tours for lower and upper secondary students are adapted to the respective age and, if desired, we offer not only guided tours but also guided tours focusing on topics such as the history of money and everything related to the euro. You can find more about this at "Guided Tours"

What makes your museum so unique?

We are very proud that, despite the small space capacities, both the development of the currency from the barter to the euro and the modern digital payment options as well as the tasks of the OeNB are presented very clearly. Many people are not aware how the OeNB accompanies everyday life of every single individual for safe cash in Austria and it ensures efficient payment transactions. All this - and much more - can be found in our Money Museum.

You can also compare counterfeit euro coins and banknotes with your own banknotes and coins using different test equipment. We also show the third largest gold coin in the world - a special Vienna Philharmonic. The coin has a diameter of 37cm and weighs just over 31 kilograms. And if you do not have enough of the gold then you can measure your strength on a real gold bar. The 12.5 kg gold bar lies in a special display case, which makes it possible to lift the gold bar - if you have enough power!

Tell us briefly the story of your museum ...

When the building of the National Bank at Otto-Wagner-Platz was completed in 1923-1925, no one was worried about the construction of a museum or the provision of financial knowledge. The architects Glaser & Eisler planned in the area of today's money museum rather a small "wardrobe for discounts" (= office workers) and a large "wardrobe for civil servants". This men's wardrobe remained in use until 1977 and was then to be merged with the adjacent rooms to form a large function room. Static problems and the fire of 1979 thwarted this project. And finally, another coincidence provided birth support for the museum idea:

Since the 1950s, the OeNB had built up a significant collection of coins. This was on the 1st floor. When, at the end of the 70s, a demand of the Labor Inspectorate for new social rooms had to be met, the coin collection moved unceremoniously into the former gentlemen's dressing room and received a showroom with attached vault.

As part of the presentation of the new 500 Schilling banknote "Otto Wagner" in 1986, the grand opening of this showroom, which - in accordance with the tastes of the time - had the character of an exclusive coin cabinet. Crowded together, the visitors presented countless coins and banknotes. The vault room was equipped as a "gold cabinet" with the rarest and most expensive coins of the collection and gold bars. A visit was only possible once a week or by appointment. Visitors had to identify themselves at the porter.

How did you get the idea to start this museum?

Finally, around the introduction of the euro, the OeNB recognized the information needs of the population and the potential of a museum. The Bank of England and the Deutsche Bundesbank with their much larger museums served as models for this idea. Relevant specialist staff was hired and commissioned with a museum concept. Finally, in May 2003, the new money museum with the exhibition EURO.FAKTEN was solemnly presented by the former Governor Klaus Liebscher.

In this context Dr. Liebscher saw the new money museum as a visible sign of the opening of the OeNB. "The OeNB treats the money museum as a meeting place between an institution abstract in its functions and the population. This additional level of communication will provide new, stimulating, and varied views of the economic, social, and cultural dimensions of money, the currency, and the economy, making tangible and tangible these complexities, conveying the monetary and stability policy messages of the OeNB. "

Why did you choose Vienna as a location?

As a museum of the OeNB, the location was, so to speak, predetermined. But we still have a small dependance. In the cash register hall of the OeNB West in Innsbruck, regularly changing special exhibitions are also shown.

Is there something special about the museum and location?

Before the OeNB bought the area at today's Otto-Wagner-Platz, there was the Alser barracks which was demolished in 1912. In 2018, during work on the forecourt, bricks of this barracks were found.

The address of the National Bank and thus of the Money Museum - Otto Wagner Platz - is a bit misleading. Many believe that Otto Wagner was the architect of the building, but in fact it was one of his students, Leopold Bauer.

3 words that describe your museum ...

Where is your museum located?

The Money Museum is located in the Oesterreichische Nationalbank at Otto-Wagner-Platz 3 in Vienna's 9th district.

In the end, the Money Museum team - What do you like about Vienna?

The Money Museum team consists of people who are all not living in Vienna. But we all value Vienna as a workplace and enjoy using the cultural offer of the city, such as for one or the other cabaret or concert visit.

We also like the fact that Vienna, in contrast to other major cities, has a lot of green spaces to offer: parks such as the Liechtenstein Park or the outskirts of the Vienna Woods, which invite you to take long walks. Especially nice is u.a. the Lainzer Tiergarten. 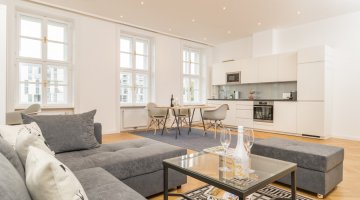 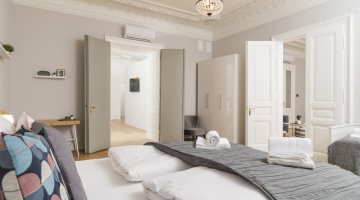 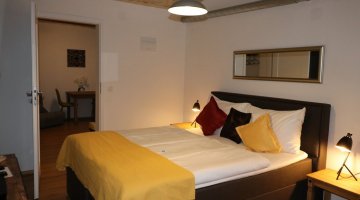 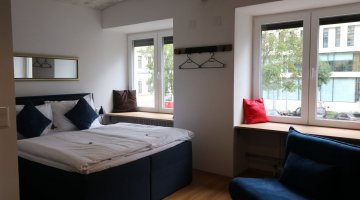 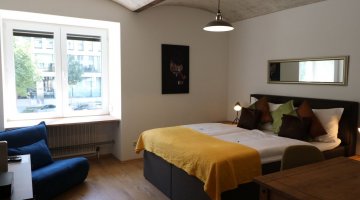 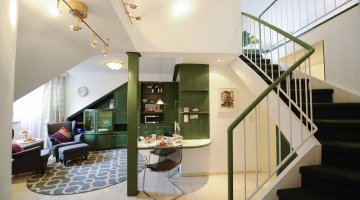 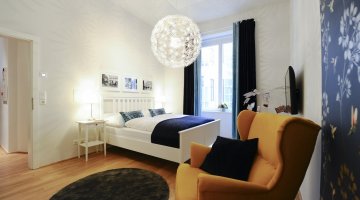 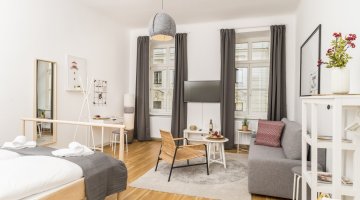