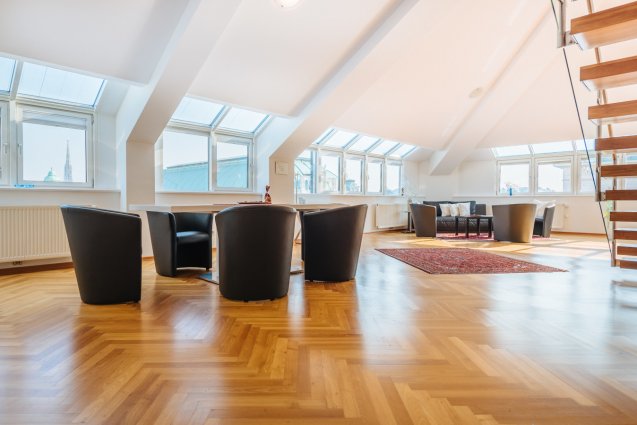 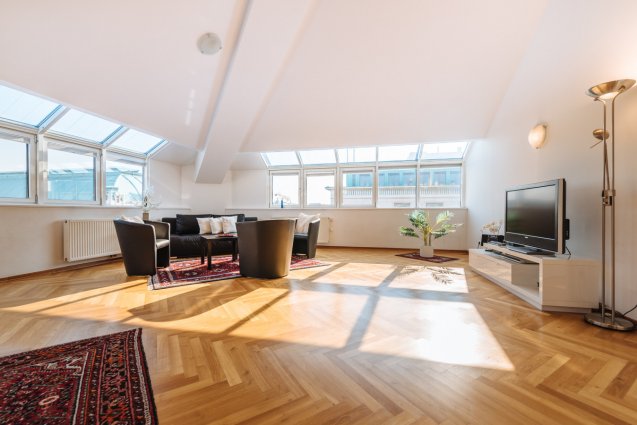 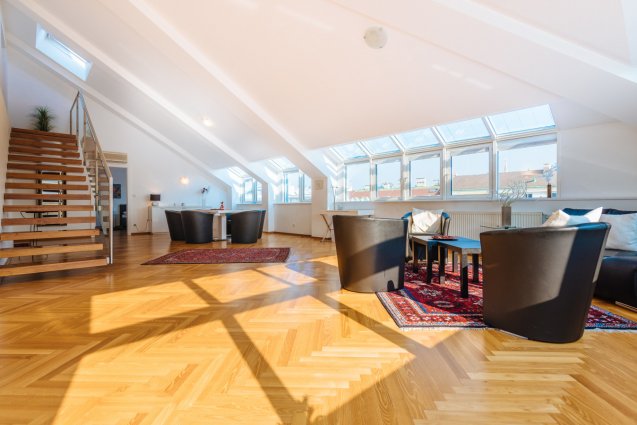 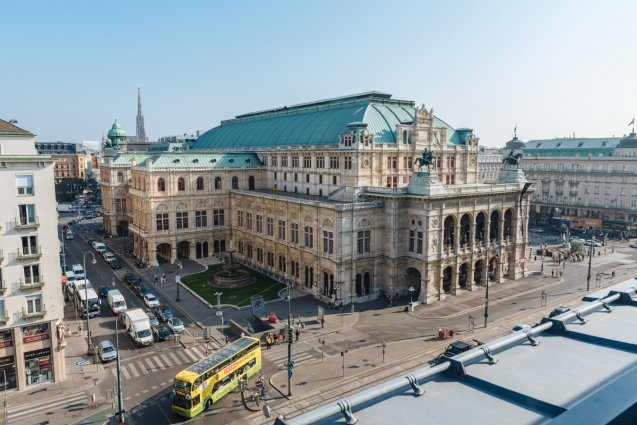 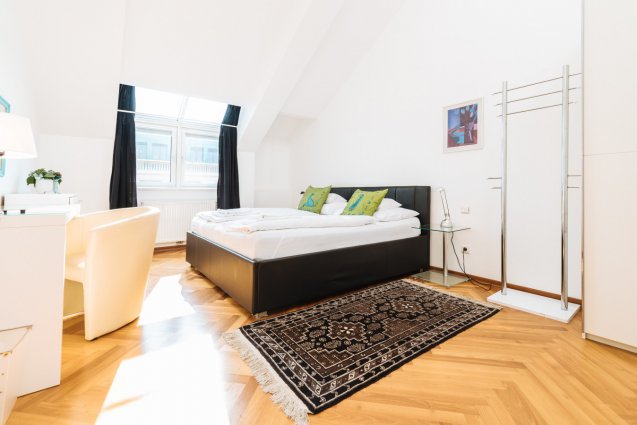 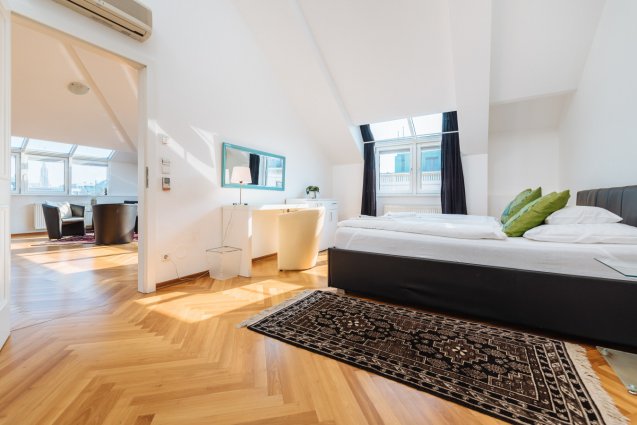 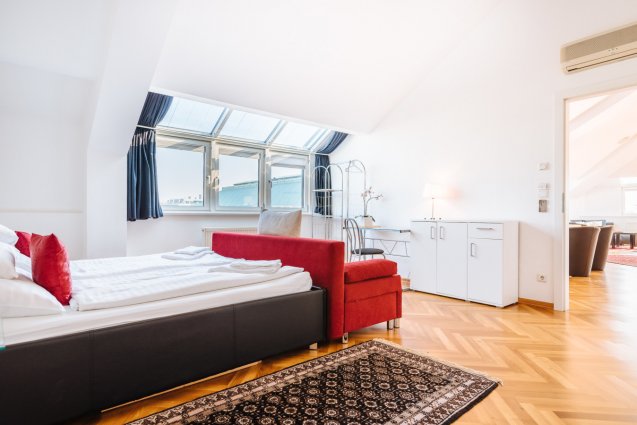 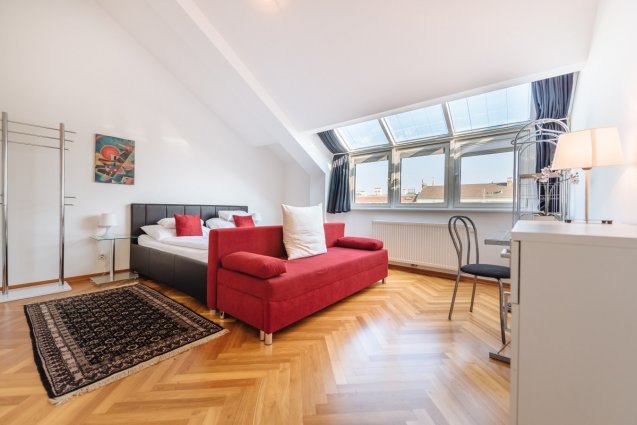 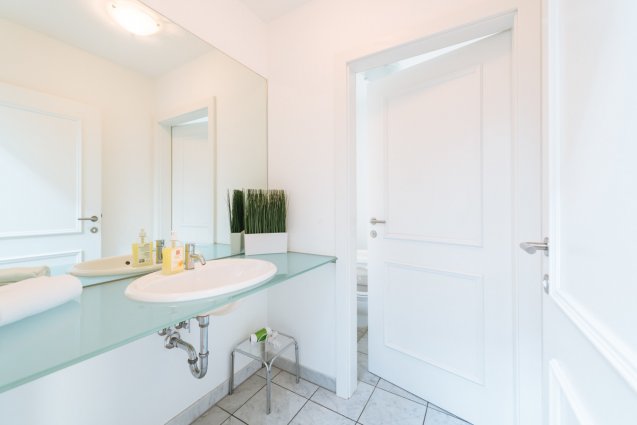 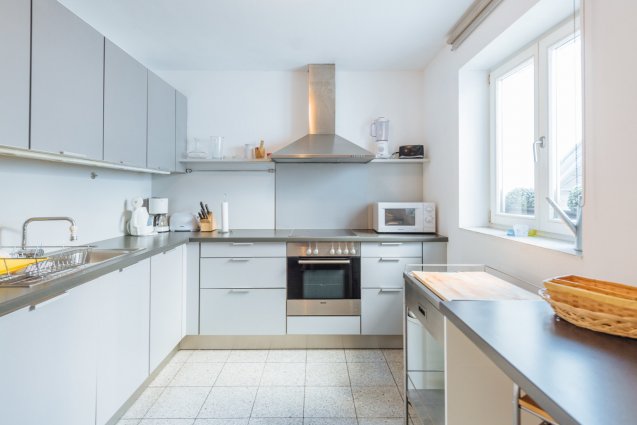 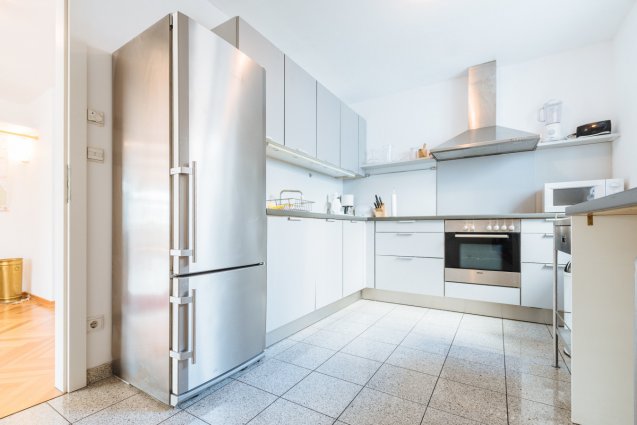 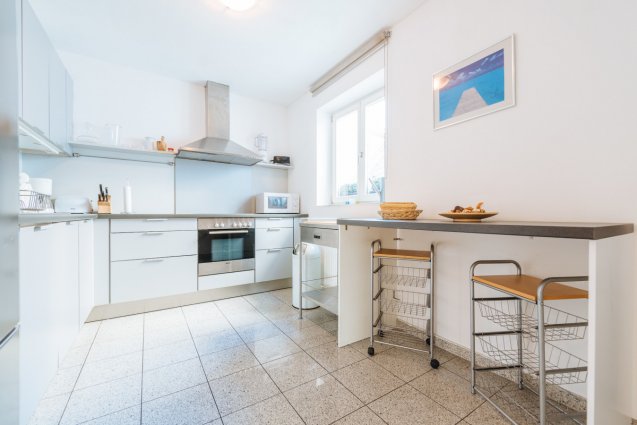 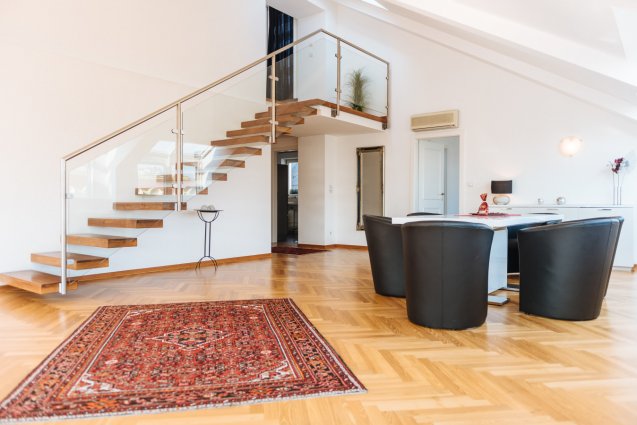 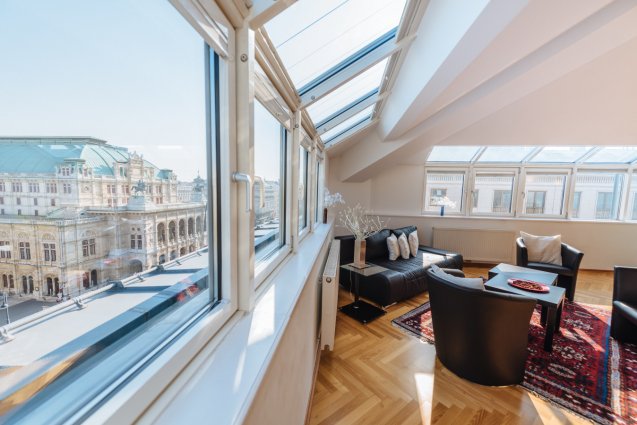 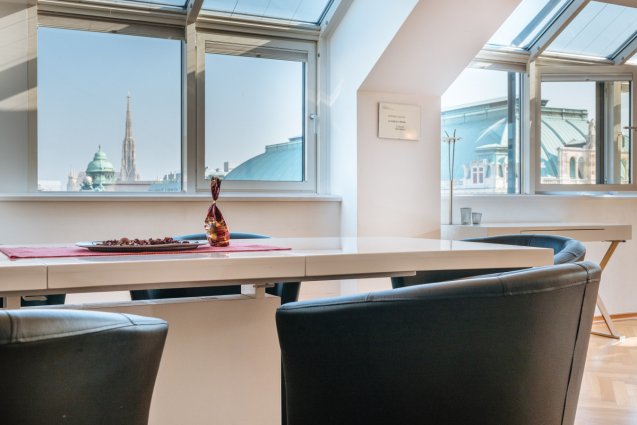 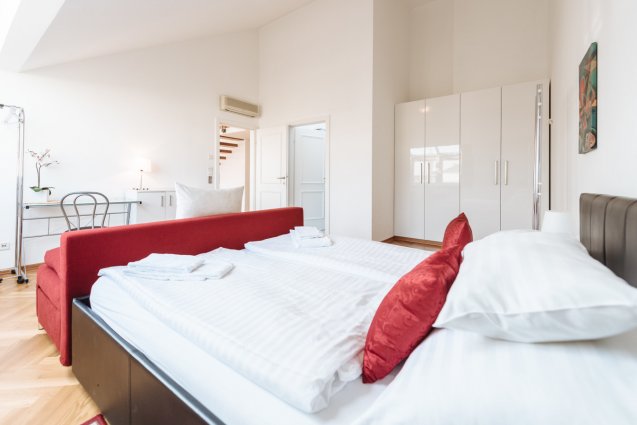 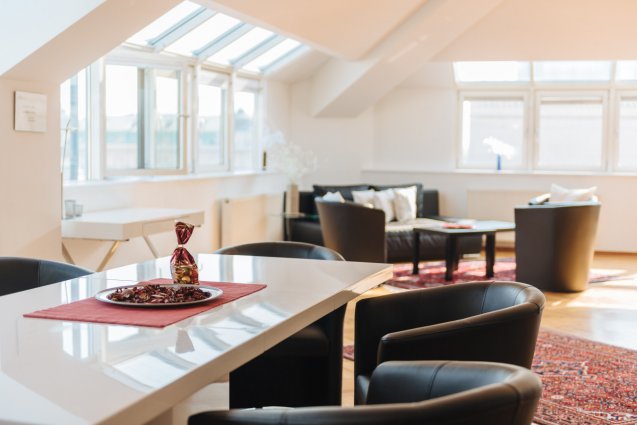 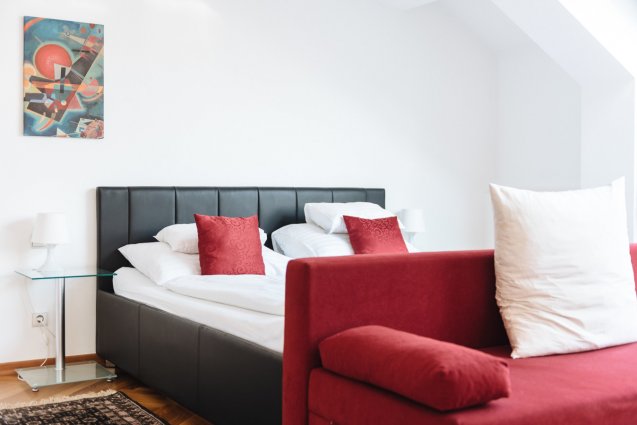 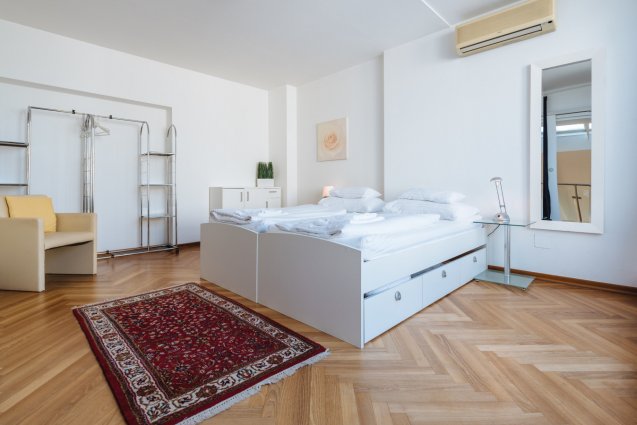 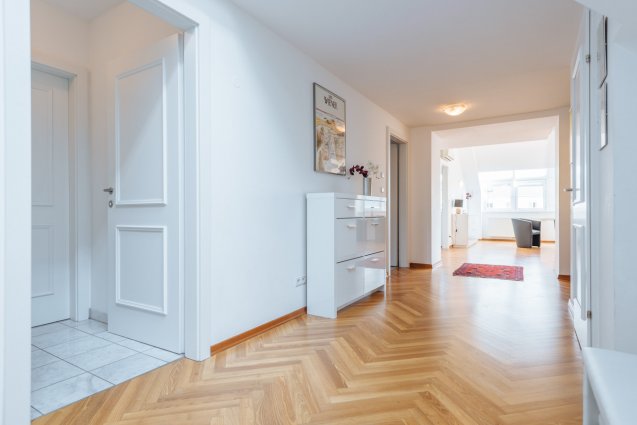 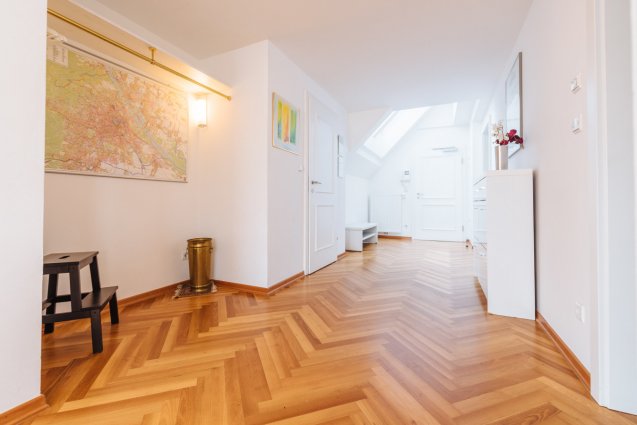 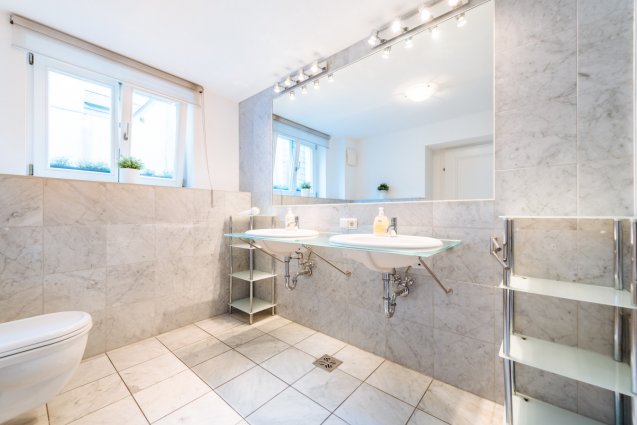 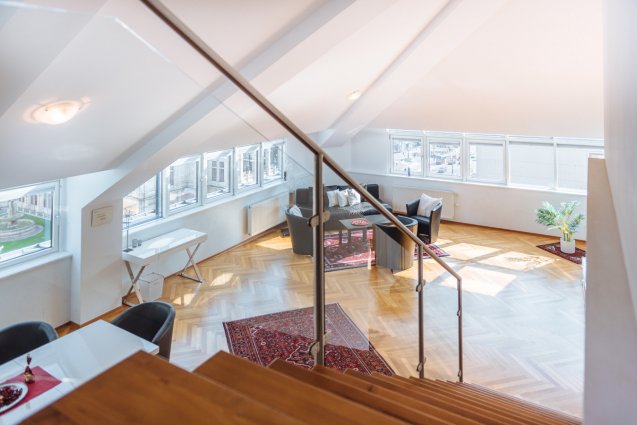 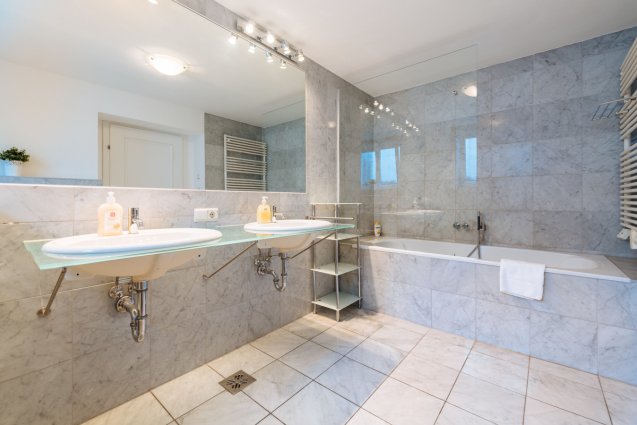 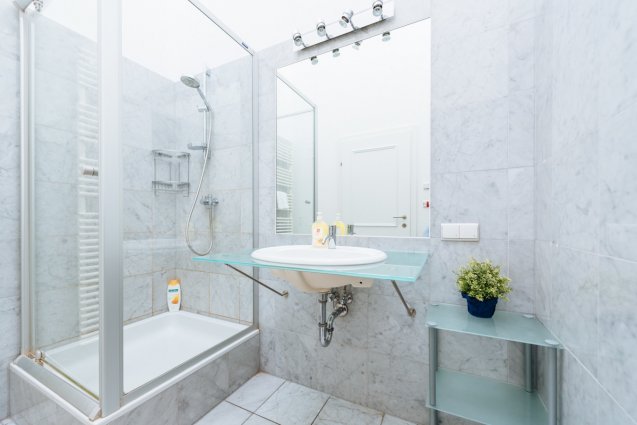 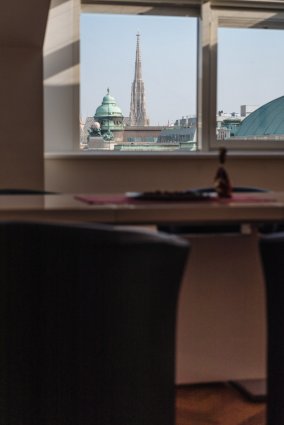 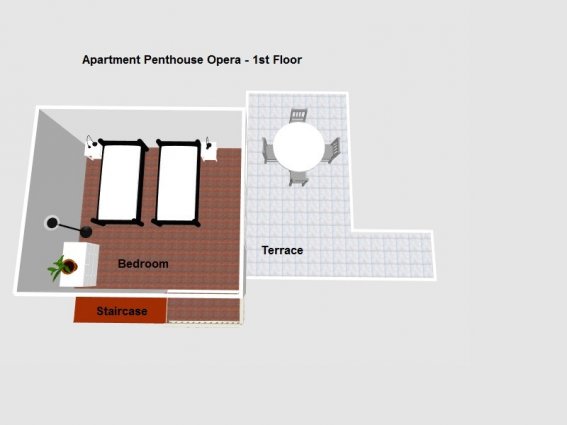 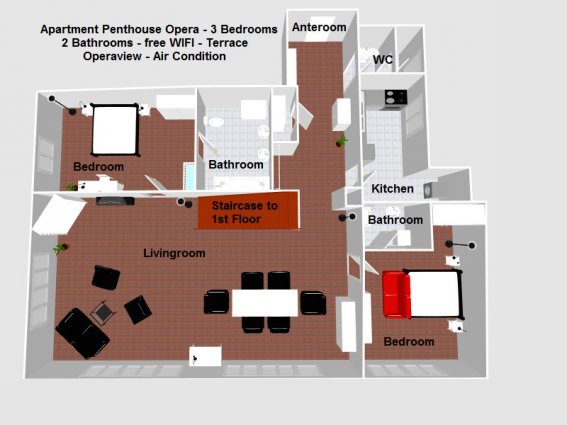 Penthouse Opera I 1-8P
Opernring, 1010 Vienna, Vienna 1 other apartment in the same house 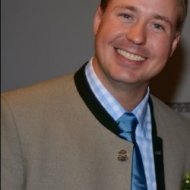 more about the host
This apartment is located directly in the center of Vienna, opposite of the famous Operahouse.

Our apartment Penthouse Opera offers a generous living room with view to the Vienna State Opera and St. Stephen's Cathedral. With 1937sqft of living space, this apartment is ideal for a stay with friends or the whole family.

reviews (1) 1 7/10 1
paul haines from United Kingdom
Five of us stayed. We thought the apartment was in a great spot with a stunning views over the opera house. The apartment itself was light and clean and had everything needed for a weekend break. However, it was let down with problems we had with the showers. When we arrived there was only one working. It was reassuring that the owner respond quickly to the problem, but as it could not be fixed we were left with a mole wrench which had to be used to turn the shower on and off. There was also a major issue with the hot water working to feed both showers without running cold and even when we tried not to use both at the same time leaving a gap between each person, only three people managed completely hot showers, with water running cold on the fourth. The apartment says it can house up to 8 people, but I there is no way 8 people could shower in hot water before going out for the evening if our party of five could not have hot showers. We did relay this issue to the owner, but this was not a problem that has a quick fix. My only other comment would be that the kitchen was poorly stocked in the way of cups and glasses with only exactly one each to use, requiring frequent washing up. We hired the apartment because we thought it would be a better option than a hotel for out group but given the high price, we felt that we did not get what was expected.
friendliness
8/10
cleanliness
8/10
corresponds to photos
9/10
value for money
3/10
communication
8/10
stayed between 19.10.2018 - 22.10.2018
reply from Florian Duschel
Dear Mrs Haines, thanks for your review Sometimes there are unpredictable problems - this one has already been repaired and our next guest live already in the apartment without problems, thank you very much
friendliness
8/10
cleanliness
8/10
corresponds to photos
9/10
value for money
3/10
communication
8/10
1 other apartment in the same house 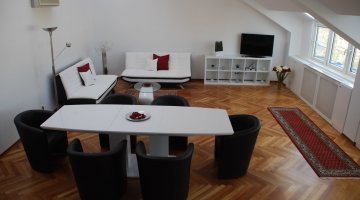